FOX gave fans a chance to see a previously untold story from Outcast.
​​
On May 28th 2016, renowned artists in cities all around the world, had each created one panel that together formed the story. View website: outcastart.tv 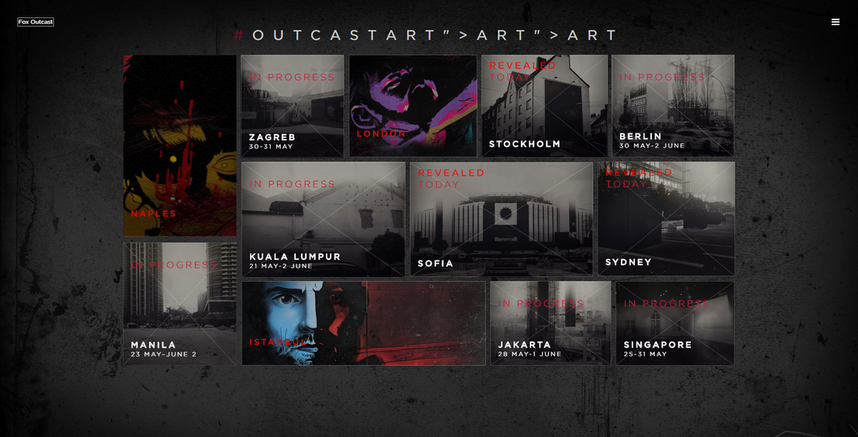 ​Each city turned that frame into a graffiti mural on a variety of backdrops at different times within a week, so that the scene itself was slowly revealed.
​
Only once the 12th artwork went live was the true scene revealed to the public. We released in progress photos, behind the scenes videos and interviews with the artists on each city's page.
​
The final unseen page was revealed on the day of the TV Premiere launch. 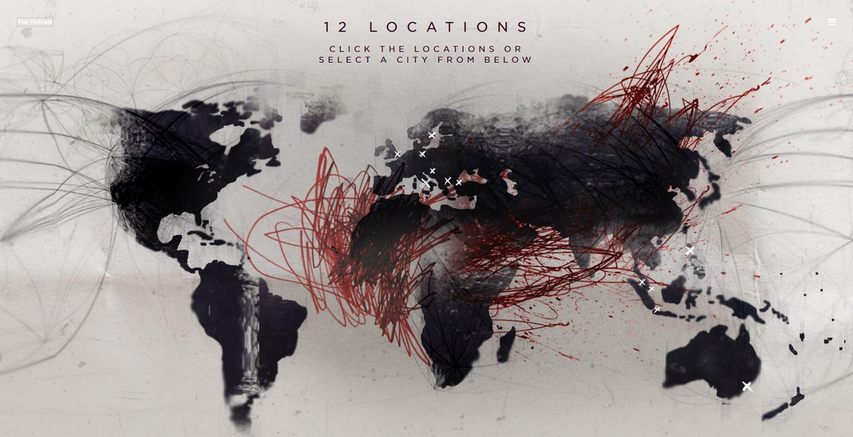 Fans had to visit their local city's artwork to unlock a sneak preview of the scene.

Website uses GPS locator, so only when they are at the artwork's location would the exclusive content be unlocked.

An error message would appear if they were too far away. 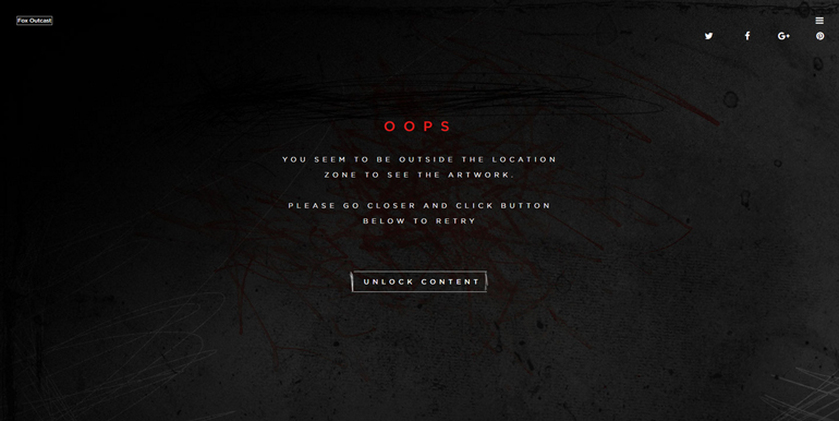 The Making Of - videos